How reading improves your grammar when you learn German

German is one of those language where grammar changes depending on whether you speak or write the language. If you take German lessons at a language school or with a tutor on a platform like italki, you are likely to focus on conversation. That’s what most students are looking for and that’s great because language is first of all communication. When you work with a professional teacher, you’ll normally get german grammar practice in. the form of exercises, too. That includes grammar we almost only use when we write.

However, doing exercises is often boring and the grammar doesn’t stick. In my eight years as an online German teacher, it has become clear that students who read a lot have less problems to remember those aspects of the German which are used almost exclusively in texts. They do not only recognize those structures easily but are also able to apply them themselves when they have to write a text. On the other hand, students who dislike reading often write as they speak.

In this article, I’d like to list some of the main differences between written and spoken German as far as grammar is concerned. But let’s start with some notes about how spoken/written and formal/informal German correlate.

Written and spoken vs formal and informal German

Written German normally correlates with formal German but there are some nuances. When I explain this to my students, I always mention that I emails to my daughter or a good friend are the most informal level of the written language for me. That means that I write almost like I speak. On the other hand, a cover letter or a letter written by a lawyer are very formal and that’s reflected by the grammar.

A novel or short story is something between those two extremes. In a book, we normally find grammar structures which belong to the formal language in the narrative but also a lot of informal language in dialogues. This mixture makes novels and short stories a great resource for german grammar practice and seeing grammar in context, both formal and informal grammar structures.

1. Past Tense versus Present Perfect

This is the most obvious example. In my experience, almost all students who don’t read much struggle a lot with the past tense forms, especially the irregular ones. However, there are also some learners of German who use past tense forms when speaking. Those are mainly people who learned the language on their own and somehow missed the fact that the spoken language is dominated by the Present Perfect and that the rules for using the tenses are totally different from English. Reading novels or short stories with comprehensive narrative parts will give you exposure to the past tense and after a while, your brain will get used to them. Give it a try.

When used correctly, the indirect speech requires a weird combination of Konjunktiv I + II. But that’s not the way a German native speaker talks. Compare these two sentences:

Sentence 1 is written/formal and sentence 2 spoken/informal language. Once again: Reading will expose you to grammatically correct indirect speech. Especially in academic or journalistic contexts where you cite other people, you should be able to use the correct tense and lots of reading will help you to internalize them.

In my lessons, I teach my students that Konjunktiv II with “würden” is never wrong with the exception of the modal verbs. However, although I say things like “Ich würde jetzt gerne am Strand sein” instead of “Ich wäre jetzt gerne am Strand” or “Ich würde gerne einen Hund haben” instead of “Ich hätte gerne einen Hund“, I would not write them. German has some more verbs which are more likely to be used with their ‘original’ conjunctive II than with “würden” and reading a lot will help you to identify them.

The genitive case is not complicated once you’ve understood the concept of possession behind it but unless your native language is Russian, for example, you’ll probably find it easier to remember “das Haus von meinem Vater” instead of “das Haus meines Vaters”.  German native speakers tend to replace the genitive case by the dative case when they speak but once again: I wouldn’t use “von” all the time when I’m writing, so in texts, you’ll usually encounter the genitive case.

Did you know the German language has more prepositions which require the genitive than the accusative or dative case?  Unless you’re an avid reader, you’ve probably never heard of most them. Here’s a list of the most common genitive prepositions if you’ve become curious. There are more but they will only appear in very formal texts, for example legal papers. However, if you read a lot, you’ll most likely stumble about some of the more common genitive preposition and after a while, you will become familiar with them.

I hope that my examples have shown you that reading is German grammar practice in action. Have you already started to read in German? If yes, what are you currently reading? If not, when will you begin doing so? 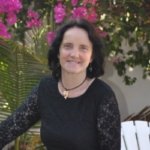 Daniela is a native German speaker who has taught the language online since 2012. She speaks English, Spanish, Portuguese and some Hungarian. Currently, she's residing in Peru but maintains a traveling lifestyle as a digital nomad. In March 2020, she published her first book "Deutsch online unterrichten" for aspiring online German teachers and is now concentrating on writing fiction for German learners while pursuing some other small projects.