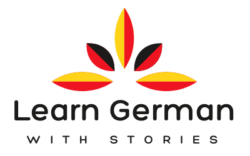 A graded reader for advanced beginners and low intermediate students

This book is perfect for people who have reached an A2 level of German and either wish to take a break from their textbook or online course or are looking for additional materials that are enjoyable and effective. Accompany Karina on her journey through East Germany and boost your language skills and cultural knowledge while reading a captivating story! 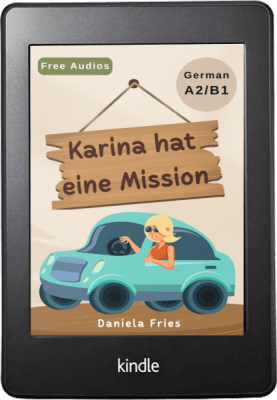 What is the story about?

Karina Hansen, a young biologist from Munich, is the main character of this story. Her parents tragically die in a car accident, and she discovers that her father has another child, her half-brother Benjamin. He was born in the former German Democratic Republic where Karina’s father came from but never returned to after he moved to Munich and met Karina’s mother. Karina sets off to find Benjamin, meets a handsome Italian, visits some beautiful places in East Germany and discovers pleasant and not-so-pleasant facts about her and Benjamin’s family.

If you are learning German as a foreign language, you need to read books adapted to your level. And, if you can listen to them recorded by a German native speaker, you will both enjoy and learn more. That is why our books are the best tool to improve you German:

Get your copy now: 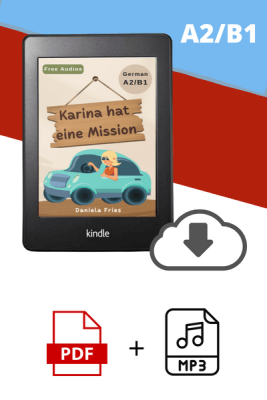 Buy with confidence. We are sure that you will like our products but if it’s not what you expected, you can request a refund within 60 days after your purchase. No questions asked. Having happy customers is most important for us.

The book is very good, for a number of reasons. 1. It’s such a great story in itself. The characters really lead you in to the plot. I read it all again in one go just to enjoy the story. I even created a family tree! 2. I really like the English-to German translation exercise for the summary at the end of each chapter. It’s a great addition to what Daniela has done before. What’s great also is that anyone who doesn’t want to do their translation can simply read the summary in German. 3. There is lots of useful information on places in the former DDR. 4. I really like the grammar tips at the end of each chapter. Even phrases such as ’stimmt so’ in a restaurant are so handy to know. There is so much helpful learning throughout the book - like a textbook, almost! In my German learning, I have just finished level B1, going on to B2 this term, and I found the level at which the book is set to be good for me, being not too difficult at all. Overall, it’s great and I really enjoyed it for its own sake and also for my own learning of German. 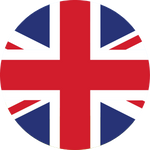 Colin Sutherland
United Kingdom
I have been following Daniela and her books from nearly the beginning, and her books keep getting better. What is special about them? So, I love reading stories in German, it really helps me grasp the language. Daniela adds many extra special bonus' to her stories at the end of each chapter; there is something for every learning style, and if you do not feel like doing the exercises, the story is still worth reading along with the insights, and with all of the vocabulary built right in, it's perfect to learn, and strengthen your German. There is no flipping to the end of the chapter to look for the word definitions, it's on the same or next page! Perfect! I also really enjoy the context and cultural insights she adds to each chapter. I have learnt so much, from just this one book, that I have been wondering about for a year or more. You will not regret your purchase. Will buy more in the future! Daniela, keep writing more fantastic books! Danke! 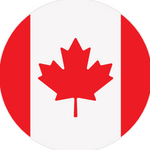 Take this book with you. Our books to learn German come in pdf format and are compatible with any device (PC, laptop, Mac, iPad, tablet, …). They include professional recordings of each dialogue in mp3. You can listen to the audio while reading the book, or you can play the mp3 recordings on your phone or audio player and listen to the book anywhere.

Try it! Read and listen to a chapter of this book.

All our books were written by an experienced native German teacher. Grammatical structures and use of vocabulary are adapted to your level. Not too easy but not too challenging, either. Words that you may not know well yet are printed in bold and you find the English translation directly next to them in a column on the right side. Therefore, your reading flow will not be impeded. The mp3 files are recorded by native German speakers in professional quality and will help you to train your listening comprehension and improve your pronunciation.In other words, you can read, listen and learn German with our unique collection of books. If you are looking for German texts for beginners and intermediate students with audio, you cannot go without our books.